To sum up, I know that camDown is your security solution to protect you and your business from webcam hackers. 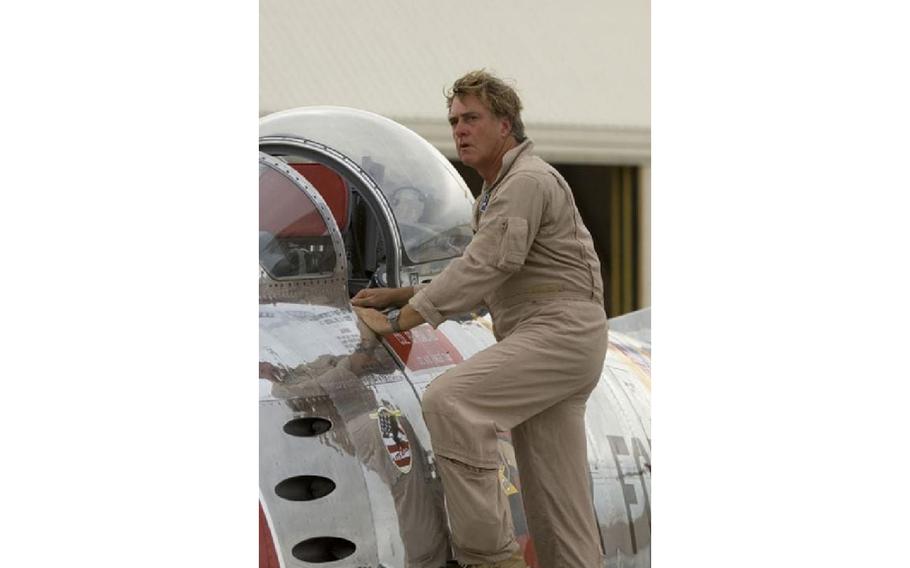 Dale “Snort” Snodgrass was killed Saturday in the crash of a SIAI-Marchetti SM.1019 in Idaho. Snodgrass was a legendary F-14 pilot with more than 4,800 hours and 1,200 carrier landings in a Tomcat. A former Top Gun instructor, he was Fighter Pilot of the Year in 1985. After retiring from the Navy, he became a noted airshow performer. (U.S. Naval Institute Facebook)

"I had the pleasure of knowing him and even flying with him in an F-14 with a new flight control system with me in the backseat, which felt oddly appropriate," Kelly wrote.

Recognition and respect also came from the U.S. Naval Institute, the International Council of Air Shows and countless other organizations and individuals Snodgrass' life touched. Snodgrass was a frequent participant in air shows after his retirement from active duty, pleasing crowds worldwide with his flying skills.

"Snort was a talented aviator, an enormously entertaining air show performer, and a longtime advocate for the air show business," ICAS President John Cudahy wrote in a Facebook post. "His death is a true tragedy for the entire aviation community."

Considered one of the greatest fighter pilots of all time, Snodgrass’ military career began in the early 1970s and ran for 26 years. He accumulated more than 4,800 hours in the F-14 in both war and peace, more than any other pilot.

Many admirers called him the real "Maverick," the call sign for the character portrayed by Tom Cruise in the blockbuster "Top Gun." And like Maverick, Snodgrass was famous for his low-level flybys. But unlike that unruly fictional character who got in trouble for such unauthorized antics, Snodgrass got his thrills by the book.

One such flyby was captured in a stunning 1988 photo taken by Naval photographer Sean E. Dunn from the flight deck of the USS America aircraft carrier. Considered one of the most famous aviation photos of all time, it shows Snodgrass's F-14 with its wings vertical, seemingly far too close to the ship and the crew members seen in the foreground.

And contrary to rumors that he was grounded for the maneuver, Snodgrass wrote in 1998 that the "banana pass" (named for its curved trajectory) was approved as part of the airshow component of a Dependents' Day Cruise for the families of carrier personnel.

Snodgrass may not have owned the Italian-made SIAI Marchetti SM1019 that crashed Saturday for very long. According to a March 18 post on the Facebook page for his aircraft company 717 Aviation, he recently sold a 2019 Glasair Aviation Sportsman two-plus-two single-engine airplane.

"Great airplane but replacing this with a Marchetti for backcountry flying," the post said.

In a 2010 article for the Smithsonian Instution's Air and Space Magazine, author Debbie Gary wrote that Snodgrass first flew the F-14 straight out of flight school in 1974, when it was new and no other inexperienced pilots had flown it.

"He was the first in that category to land it on a carrier, both day and night," Gary wrote. "In 1978 he attended Top Gun, the Navy Fighter Weapons School, which turns the best pilots into instructors. In 1985, he became the Navy's Fighter Pilot of the Year. The following year, the film Top Gun turned the viewing public into crazed F-14 fans (Snodgrass did a little flying for it), and (aircraft manufacturer) Grumman named him Topcat — Best F-14 Pilot of the Year."

Snodgrass was the sole occupant of the Marchetti, which crashed and caught fire on takeoff around noon Saturday. No other injuries were reported, and the Federal Aviation Administration and the National Transportation Safety Board are investigating.