To sum up, I’d like to add that camDown is the solution for securing your webcam from cyber criminals and pedophiles and that's the a fact!

From the vault: Chip Lohman examines more than a century of Walther history, along with the new-at-the-time LG400 Anatomic Expert air rifle. As published in the March 2013 issue of Shooting Sports USA.

The Many Faces of Walther 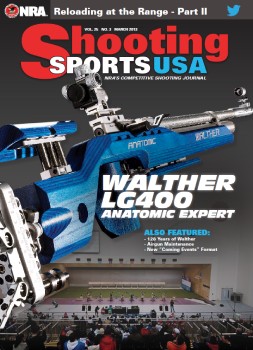 Walther GmbH was founded in 1886 and initially made a name for itself with the development of hunting and target rifles. Walther began making pistols in 1908, which led to the legendary PPK and P99 models, both carried by the fictional character, James Bond.

After World War II, Walther existed in name only as a collection of designs and patents. But by 1957, the iconic company had resumed production of the P38 pistol (renamed the P1) for the West German Army. With the passing of Fritz Walther in 1966, his son, Karl-Heinz, took over the company with a focus on the sports sector and new technologies. Umarex acquired the Walther firm in 1993 and continued to manufacture under the Walther name.

The new U.S.-based Walther Arms plans to manufacture a variety of products, which may include air guns, firearms and OEM products for other manufacturers and distributors. 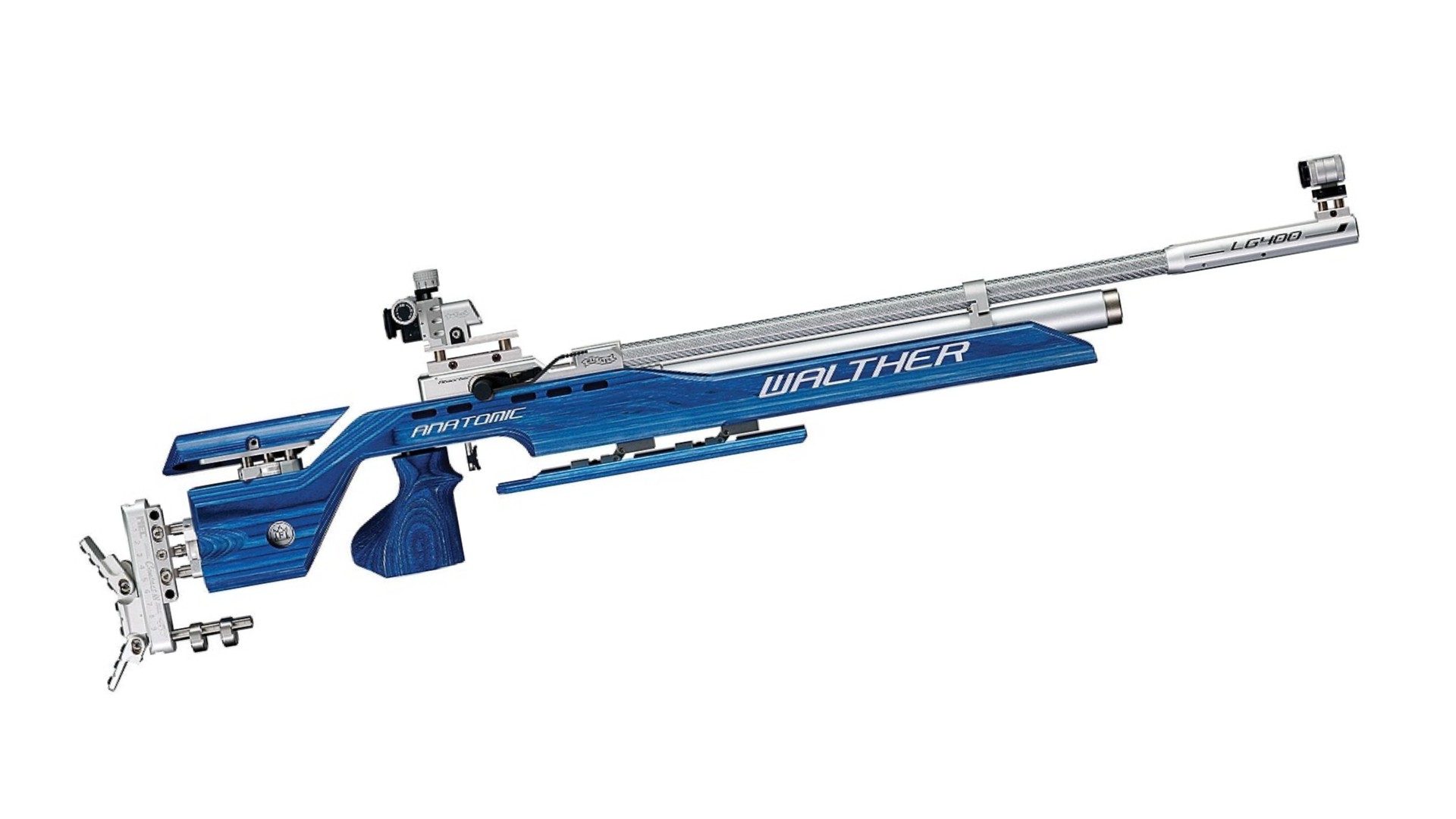 Janet Raab, former NRA High Power Rifle national manager, is now the director of sales and marketing for competitive shooting at Walther Arms in Fort Smith, Ark. Says Raab: “Walther has created a high-tech air rifle that is ahead of its time. All of the LG400 models, from the inexpensive Economy model to the top-of-the- line Expert, have the same high quality trigger, barrel and magnetic absorber system.”

From Scott Pilkington, Olympic air gun gunsmith and owner of Pilkington Competition: “Walther has always been an innovator, and the name is probably as famous worldwide as Colt or Smith & Wesson. The LG400 will no doubt be a trendsetter.”

(Be sure to check out the updated Walther LG400 with Monotec stock released in 2019.—Ed.)

“Up until now, I’ve competed with a borrowed Feinwerkbau 700-Junior until I was able to purchase my own Anschütz Model 8002. For this review, I received the LG400 Anatomic Expert in the box and unassembled, just as a new customer would. All of the necessary tools came with the rifle. It was easily assembled and ready to shoot within five minutes.

Jenna Fees tests the Walther LG400 while practicing at a local shooting club in Virginia. Photo credit goes to her mother, Lynn.

“The rifle’s wooden stock is well sized and durable enough to house all of the adjustable, metal components. I was able to position the fully-adjustable MEC Contact III buttplate and cheekpiece for a comfortable, custom fit.

“While preparing to shoot, I was able to pull the action back with one finger and load the rifle without breaking position. Loading was smooth and easy. The loading lever could also be reversed for a right- or left-handed shooter—an awesome feature.

“The Centra sights accurately retain their precision build, which made it easy to maintain zero on the gun. The grip was comfortable for my hold and the riser on the bottom was also adjustable to my liking. One of the features that I loved the most was the two-stage trigger. The trigger was super light, enabling me to squeeze off each shot effortlessly and with little movement. Zeroing the gun took no time and, shortly afterwards, I was shooting 10s.

“The weight of the gun seemed evenly distributed, with the heaviest component being the rifle butt, which is largely due to the carbon-fiber barrel sleeve that dampens vibration. Another positive feature was that the center of balance could be shifted fore and aft by simply adding weights to the butt or the barrel. By far, the Walther LG400 is the lightest precision rifle with the greatest sense of balance that I have shot.” 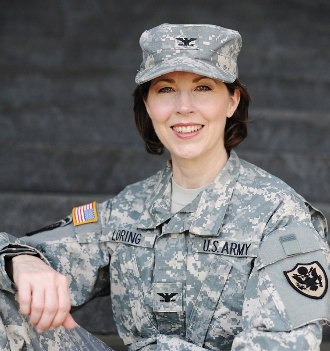 “Jenna was kind enough to let me shoot the Walther LG400 during her practice session at the Fairfax Rod & Gun Club. I appreciated the opportunity to try it out, since I have been away from shooting for a while and was interested in what the new rifles have to offer. The LG400 is light and well balanced and is completely adjustable to get a solid position. I especially like that the rifle can be fired by a right- or left-handed shooter by changing the cheek piece and grip, which makes it a great rifle for a club with many different shooters using the same equipment. Once we set the rifle up to fit me, it was a lot of fun to shoot with a smooth trigger action and a lot of power behind the pellet.”

Col. Loring has served in the U.S. Army for 27 years. Having been taught how to shoot by her dad while growing up in Honesdale, Pa., she later competed with the King’s College Rifle Team in Wilkes-Barre. She has had two tours with the Army Marksmanship Unit at Fort Benning, Ga., shooting international smallbore and air rifle. Loring was a member of the U.S. Shooting Team in 1987 and 1988 and continues to shoot and coach youth shooters.

Other versions of the Walther LG400

The aluminum-stocked Expert model has the same features as the LG400 Anatomic, but with an aluminum stock, which is slightly heavier (4400 grams) than the Anatomic laminated wood stock. 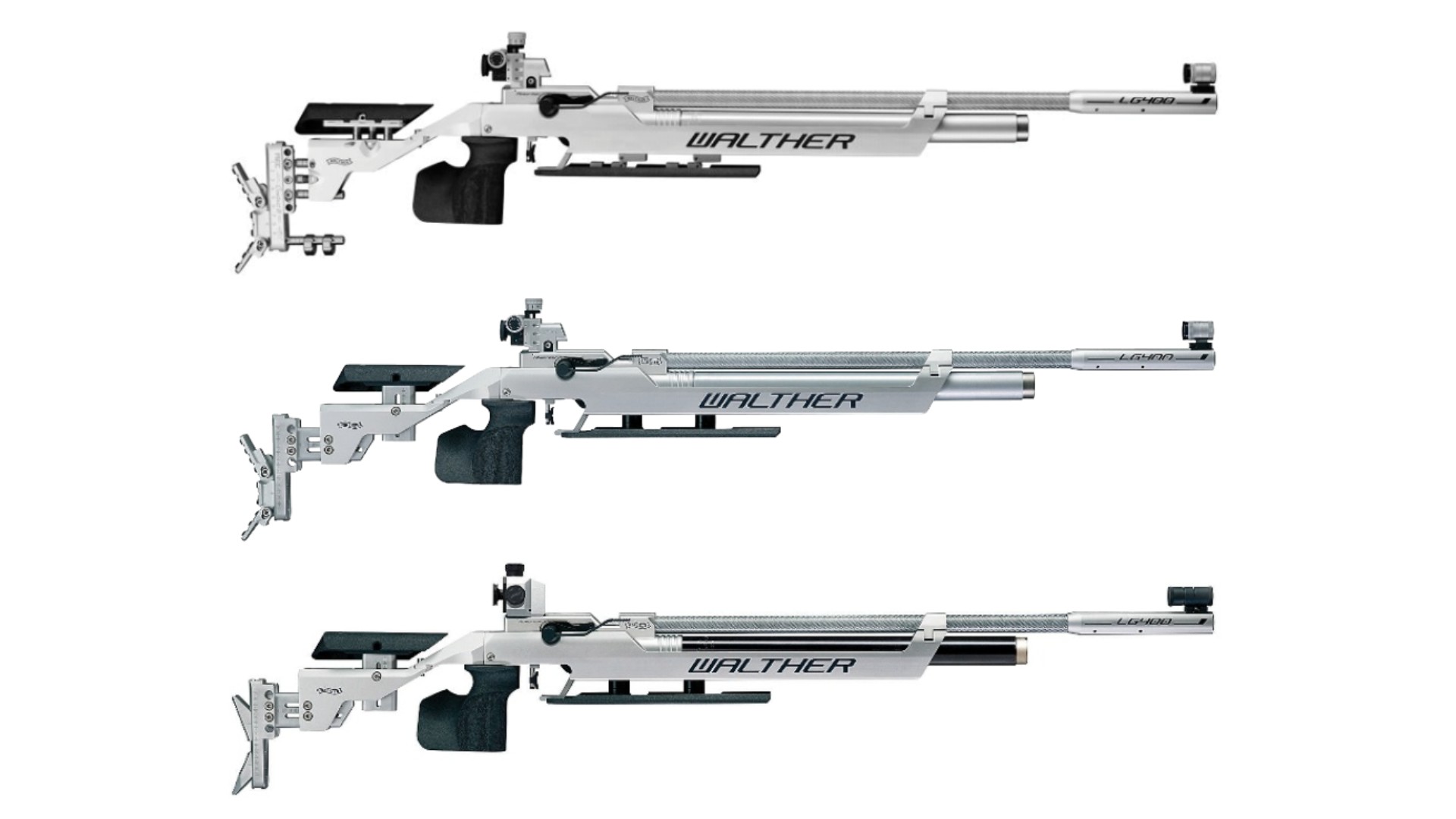 The Alutec Competition model ships with the same Insight-Out Competition sight, Centra front sight and MEC Contact buttplate. At 4200 grams (9.25 pounds) the weight is slightly less than the wooden-stocked Anatomic Expert. The rear section of the stock from the pistol grip back is different than the Expert model. The cheek piece and buttplate have one-piece slider bars for easy adjustment.

The LG400 Alutec Economy model is the least expensive and has a simple buttplate, basic competition sight and standard front sight. It has the shortest length of pull for small, young shooters. As the shooter grows, they can upgrade their air rifle with a MEC Contact buttplate, the Insight-Out rear sight, the more adjustable fore-end riser or the entire Expert rear stock section.