Don't forget that camDown is your security solution to protect you and your business from webcam hackers!

Carbines keep getting shorter and shorter. Short carbines have become quite common in the world of special operations forces. Special Operations call for short carbines for niche purposes. As they reduce barrel length, they do lose velocity and long-range capability. However, they still remain capable: In close-range combat, short carbines rule.

Why a short carbine

A short carbine retains the capability of a rifle for close-range encounters. A carbine will always outperform something like a submachine gun. They offer significantly more power and penetration than a submachine gun and perform much better against armor and hard barriers. Short carbines have almost entirely replaced SMGs as the close-quarters fighting weapon of choice. The United States military currently utilizes a few different models, and we’ve gathered them here for you.

The CQBR and the MK18 series rifles are the OG of very reliable and modern super short carbines. The Navy developed this platform for their top-tier warfighters, the SEALs, as well as VBSS teams, Navy EOD teams, and beyond. The MK18 utilizes a short 10.3-inch barrel, which harkens back to the Colt Commando series of rifles. 10.3 seems to be the shortest barrel length for a 5.56 caliber AR series rifle. That being said, the latest MK18 MOD 2 utilizes a slightly longer 11.5-inch barrel. 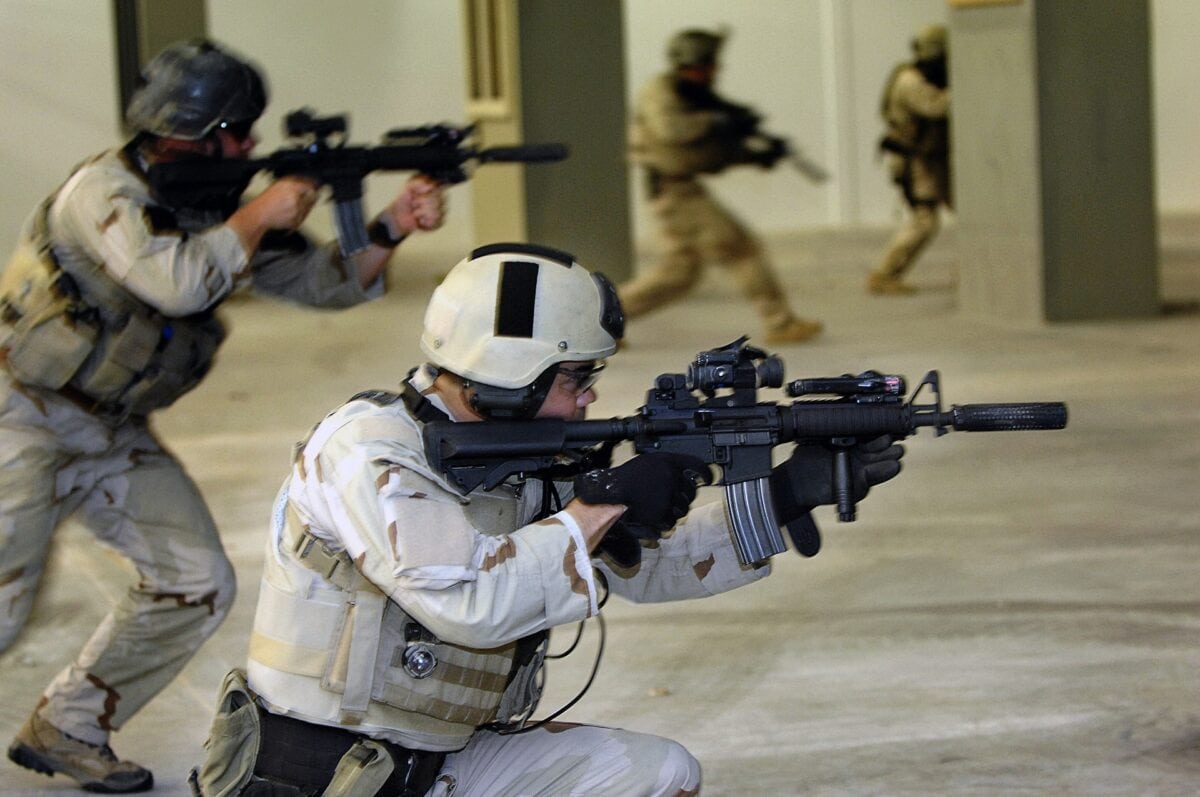 This shorty measures roughly 30 inches total with the stock extended. It’s short, light, and sweet. The use of modern rail systems ensures it’s modular for all the accessories your modern commando needs. The MK18 has served with units beyond the Navy and has found a home in the general, special operations community. This little carbine is a simple solution and maintains the same logistical components as a standard M4. Operators can swap uppers and make minor changes to make the most capable rifle possible.

The LVAW or Low Visibility Assault Weapon is built off the SIG MCX platform and has become the silent man stopper for America’s most elite commandos. The SIG utilizes the 300 Blackout round, which allows shooters to swap between subsonic and supersonic rounds depending on the mission at hand. The LVAW was designed with suppressor use in mind and is as quiet as a suppressed 9mm subgun. 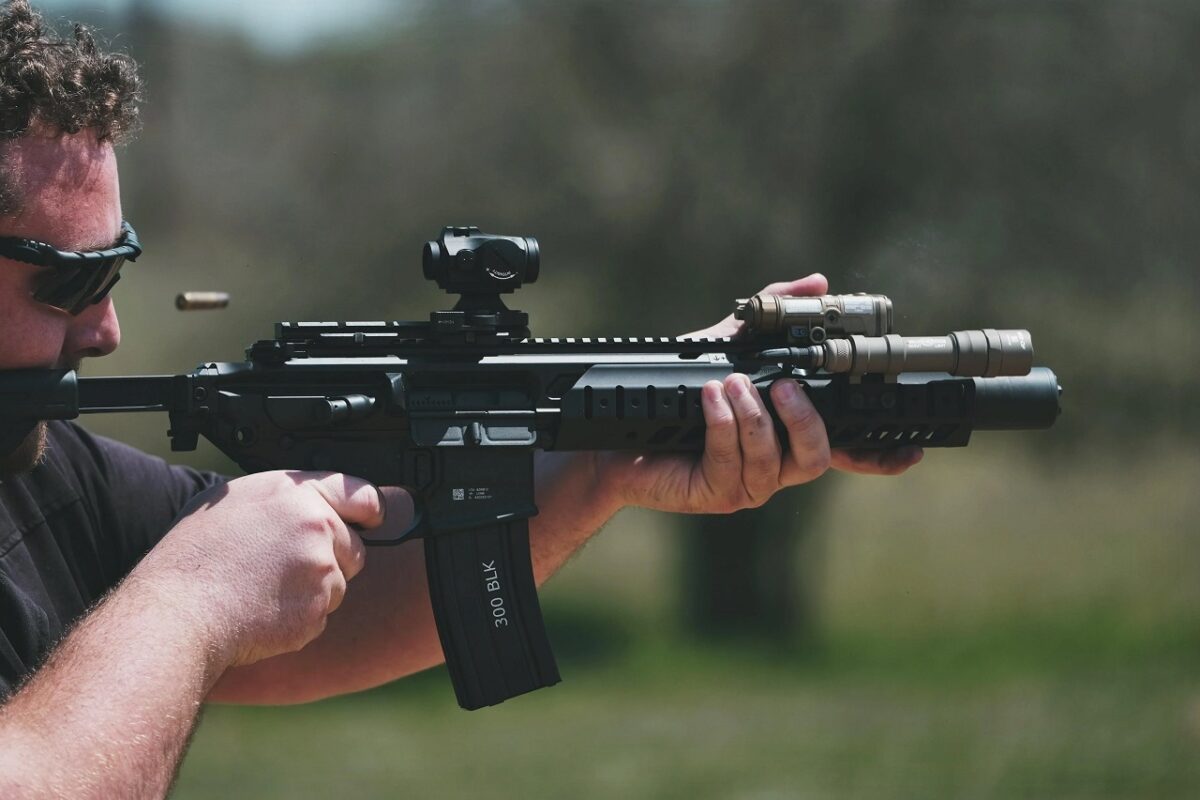 he LVAW represents the power of short-stroke gas piston guns. The piston system ensures that reliability remains top tier with the short 6.75-inch barrel. Also, the loss of the AR 15s receiver extension allows for a folding stock for greater portability and use inside and outside of vehicles. This short carbine is a multi-mission weapon that excels in its niche.

The GAU-5A ASDW puts the special in special weapon. This particular series of short carbines were developed to fit under the seat of a fighter jet as part of the evacuation kit. The GAU-5A utilizes an M4 platform with a short 12.5-inch barrel. The design utilizes a takedown system that allows the barrel to separate from the receiver in about two seconds. 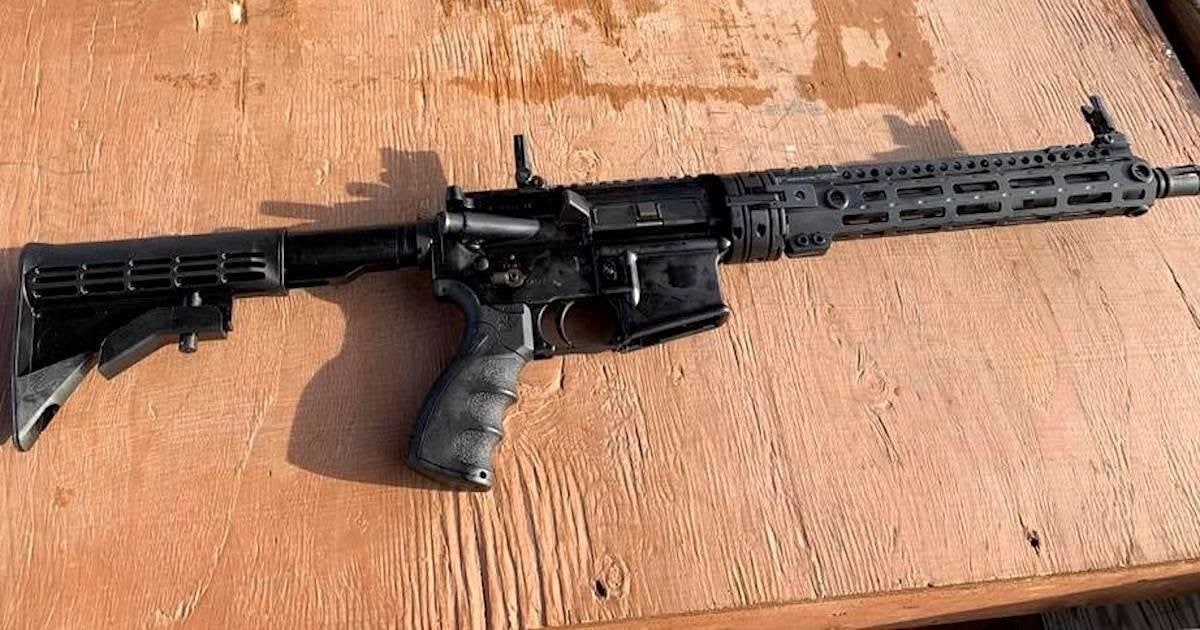 The GAU-5A features a folding pistol grip and collapsing stock. This little rifle adds a lot more firepower to the average fighter pilot and ensures that if they evacuate, they are well armed and well prepared to fight. The GAU-5A features a free-floating barrel with an M-LOK handguard. It is perfectly modern and very capable in its role.

When Delta Force (CAG), SEAL Team 6 (DEVGRU), and the Marine Corps needed a new rifle to replace the M4, they turned to the HK 416. The Marine Corps went with the carbine variant, but America’s most elite spec ops troops chose the HK 416 D10RS. This short carbine uses the tried and true 10.4-inch barrel with a 5.56 chambering. 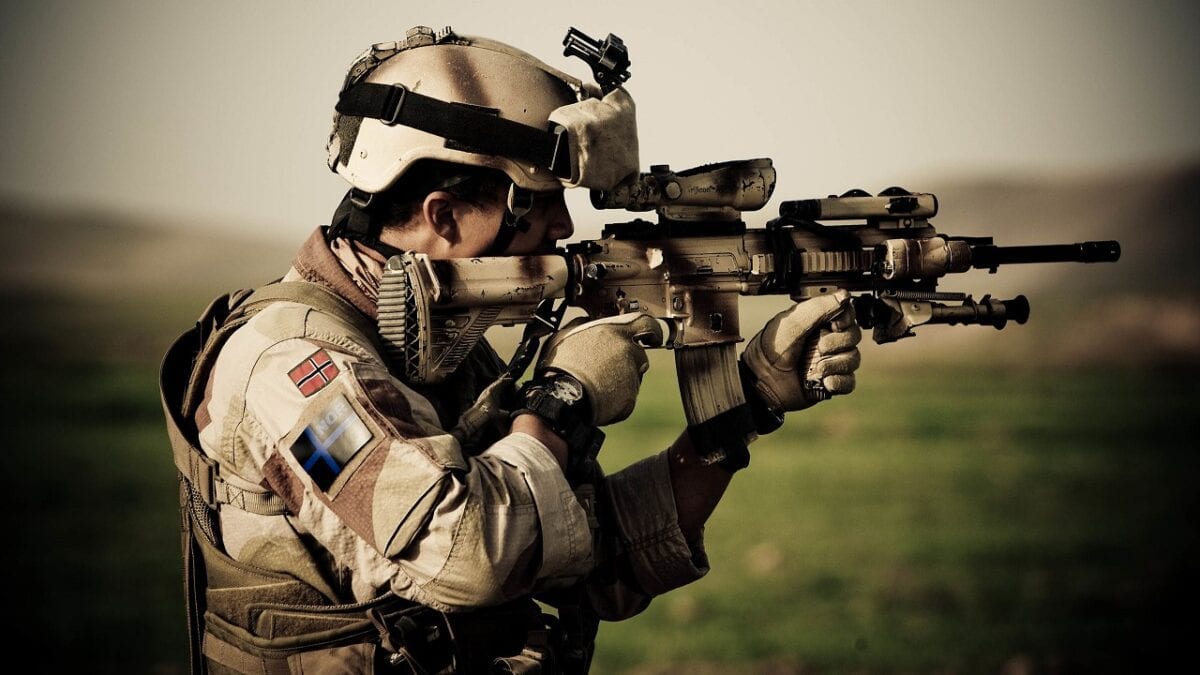 A Norwegian soldier in Afghanistan, armed with the HK- 416 N.

The gas piston system allows it to run more reliably than AR variants with barrels of comparable length. Although the system adds more weight, the platform remains a light 6.7 pounds total. It was the rifle chosen for the bin Laden raid and the one that likely delivered the fatal shots to America’s most wanted terrorist. It’s not unusual to see the short barrel paired with suppressors, making the rifle all the easier to handle.

A few months back, we saw footage and stills from a team of SEALs training in Virginia with what appeared to be a unique rifle. This new rifle turned out to be a Noveske upper on what’s likely a standard M4A1 lower, although that was never confirmed. The uppers are from Noveske, a legendary AR 15 manufacturer. These Gen 3 Shorty Uppers feature 10.5-inch stainless steel barrels, an M-LOK handguard, and they come in both 5.56 and 300 Blackout.

These rifles seem to be direct descendants of the MK18. They feature a barrel of similar length to models outside of the MOD 2 range. The billet upper is somewhat different than traditional forged uppers. The use of a DI gas system and M-LOK handguard ensures the rifle remains very light, after all, there isn’t much of a point to short and heavy carbines. The free-floating stainless barrel should ensure these weapons are quite accurate.

Short carbines have slowly become more refined, more capable, and much more reliable. While they suffer from some ballistic inability, they still outperform other short options. These teeny tiny fellas are maneuverable, lightweight, and give those involved in close-quarters combat a small but necessary advantage. 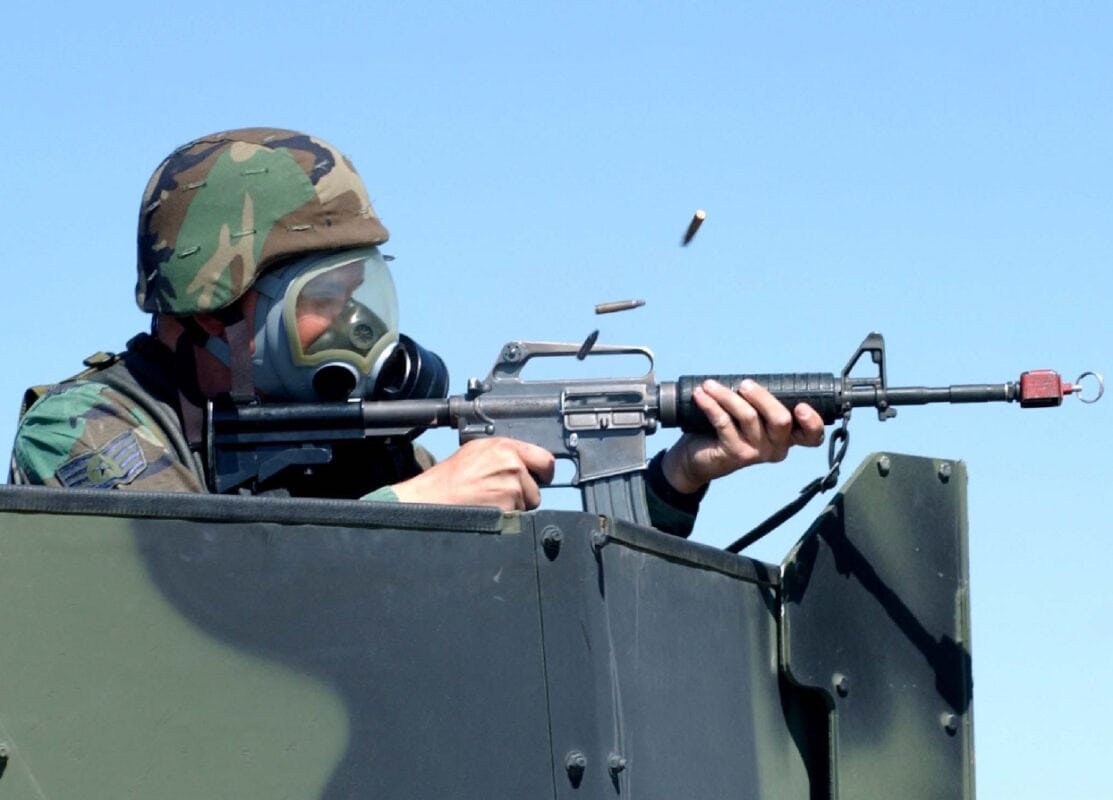 Travis Pike is a former Marine Machine gunner who served with 2nd Bn 2nd Marines for 5 years. He deployed in 2009 to Afghanistan and again in 2011 with the 22nd MEU(SOC) during a record-setting 11 months at sea. He’s trained with the Romanian Army, the Spanish Marines, the Emirate Marines, and the Afghan National Army. He serves as an NRA certified pistol instructor and teaches concealed carry classes.